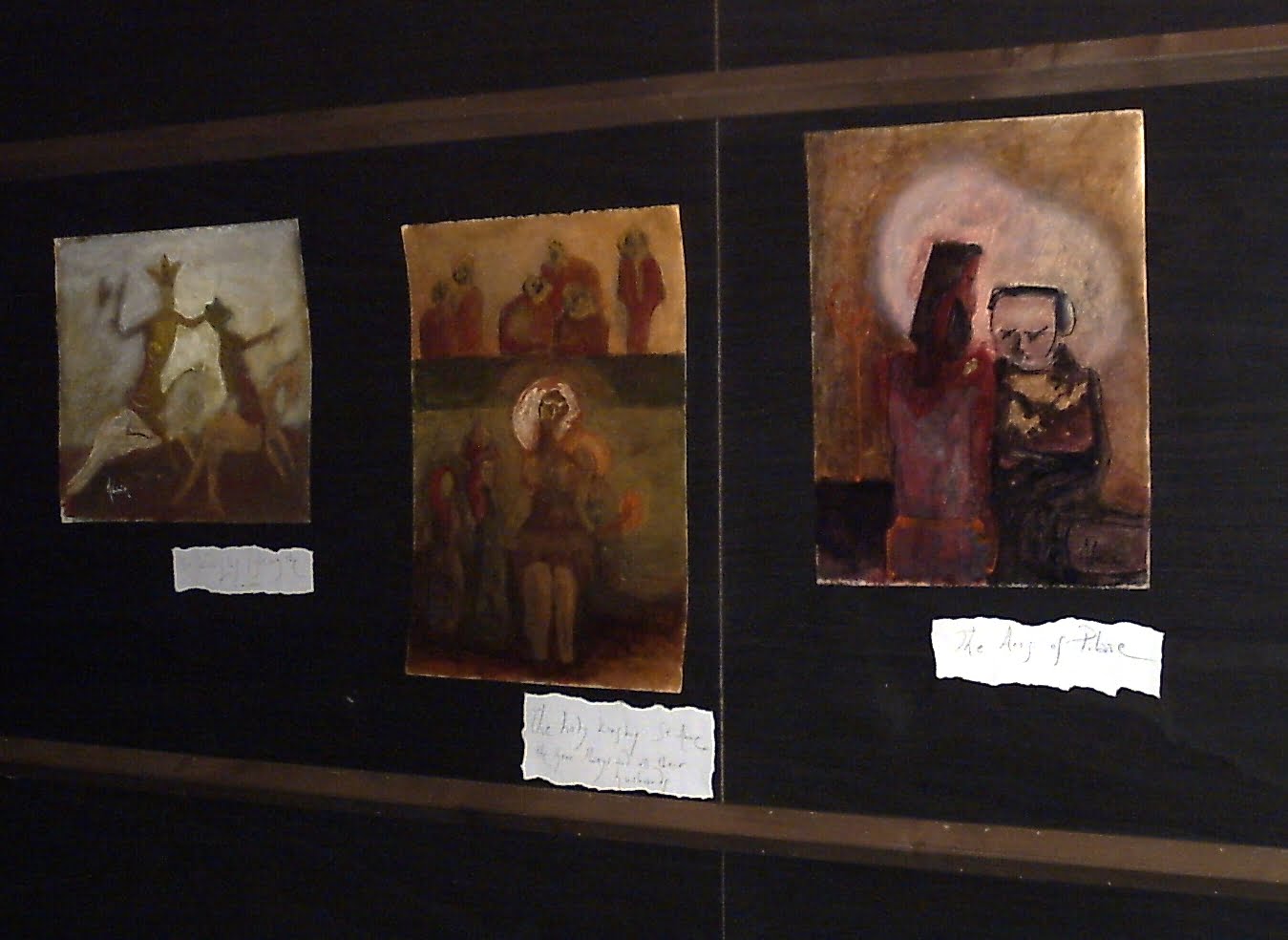 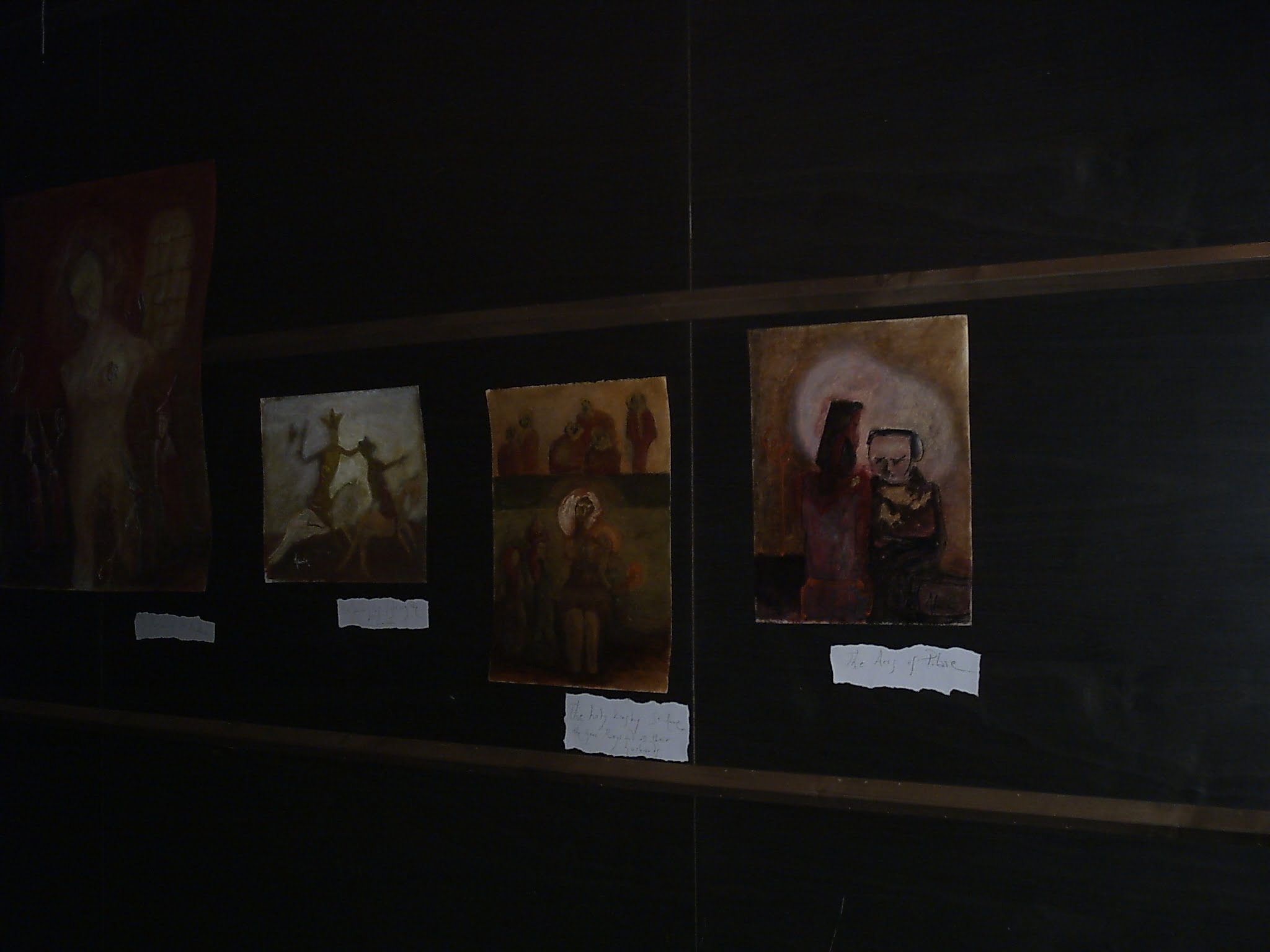 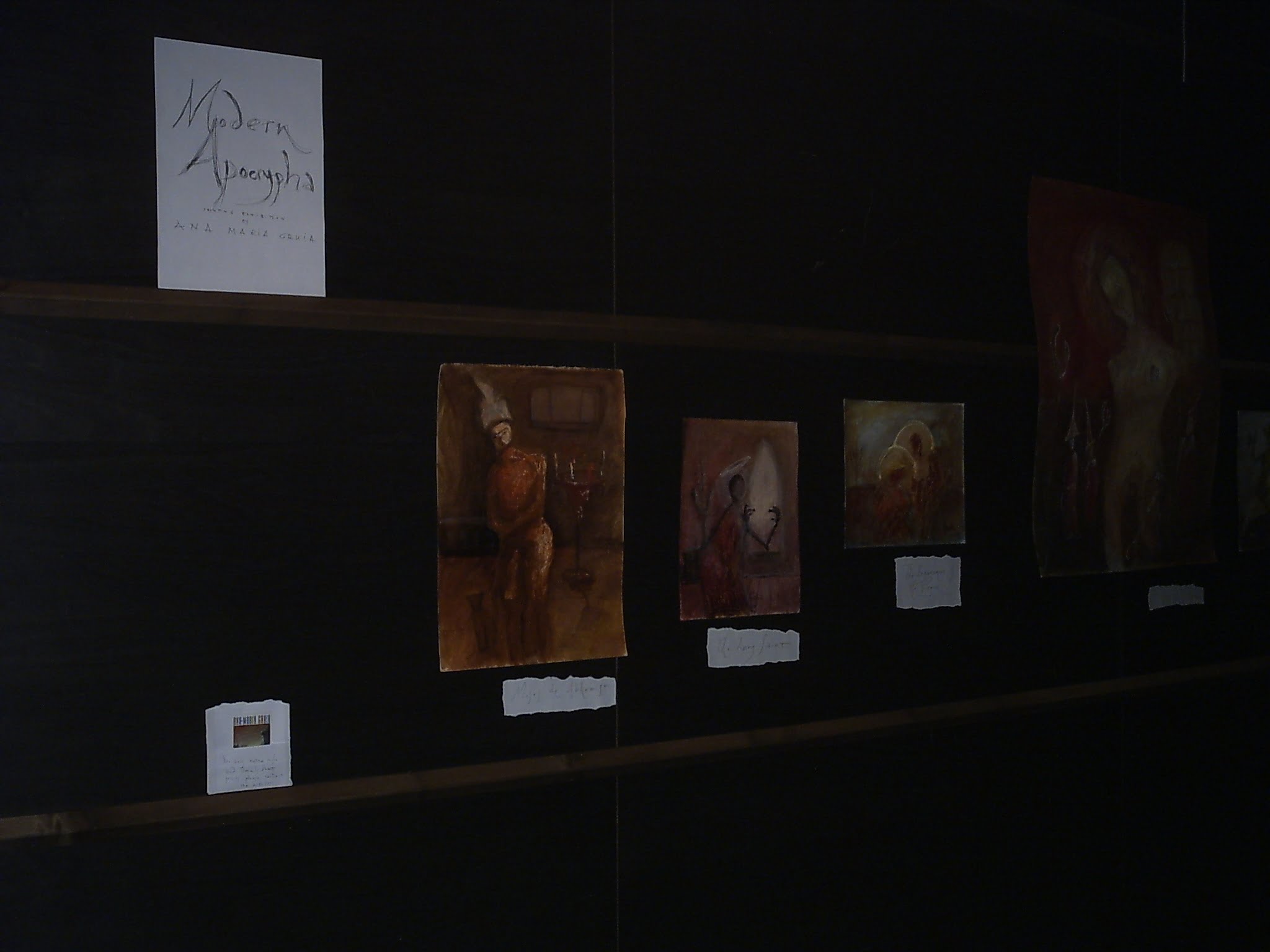 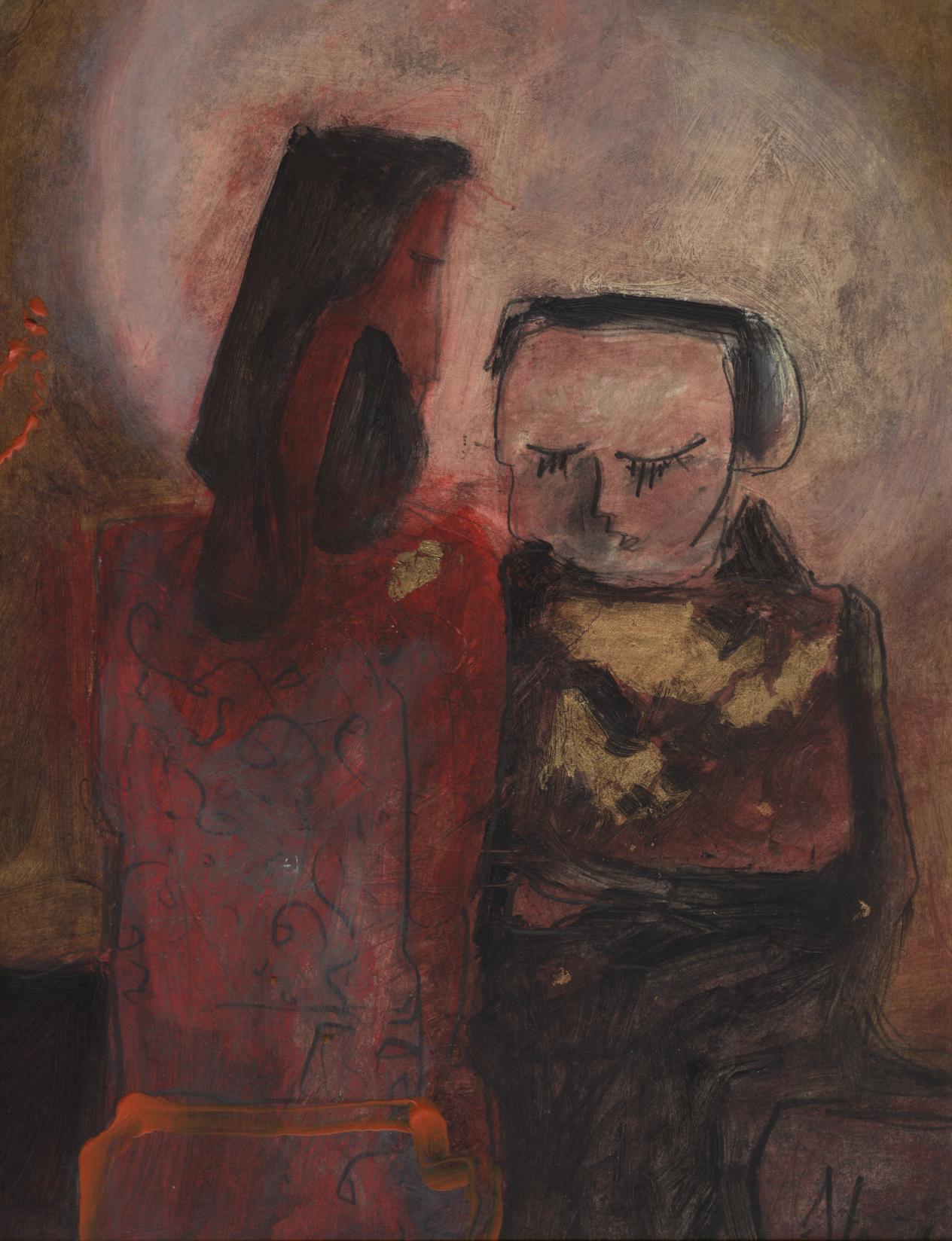 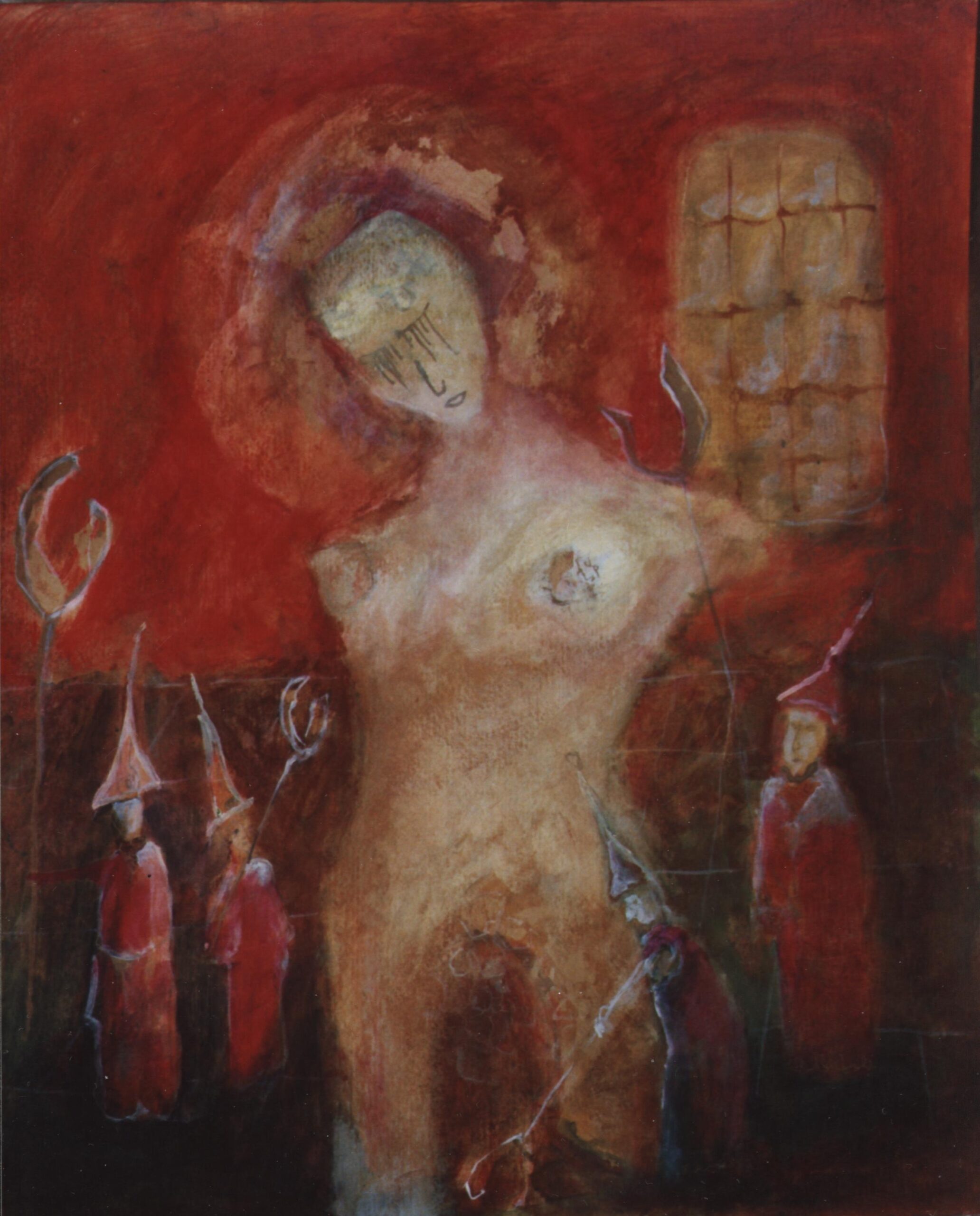 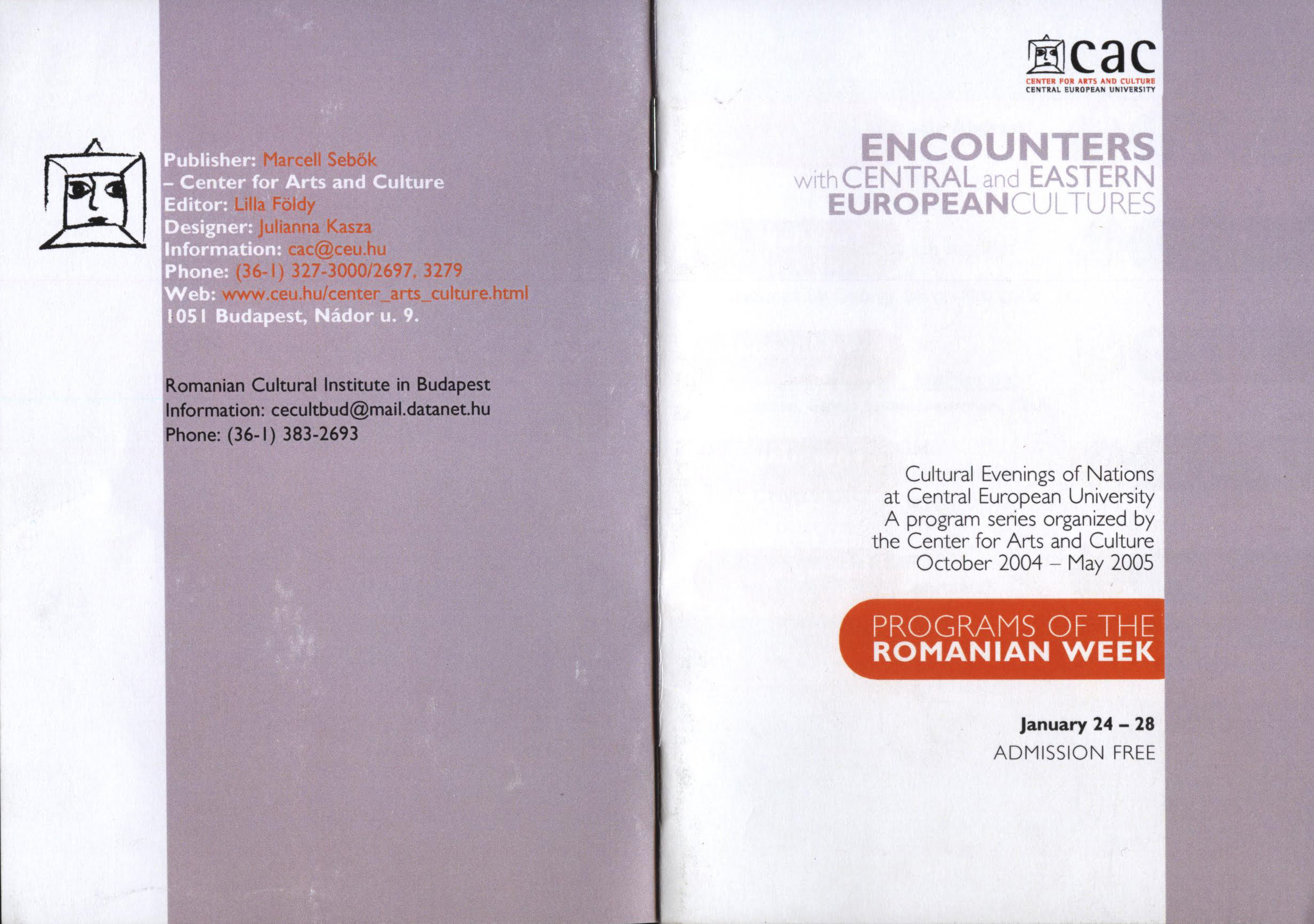 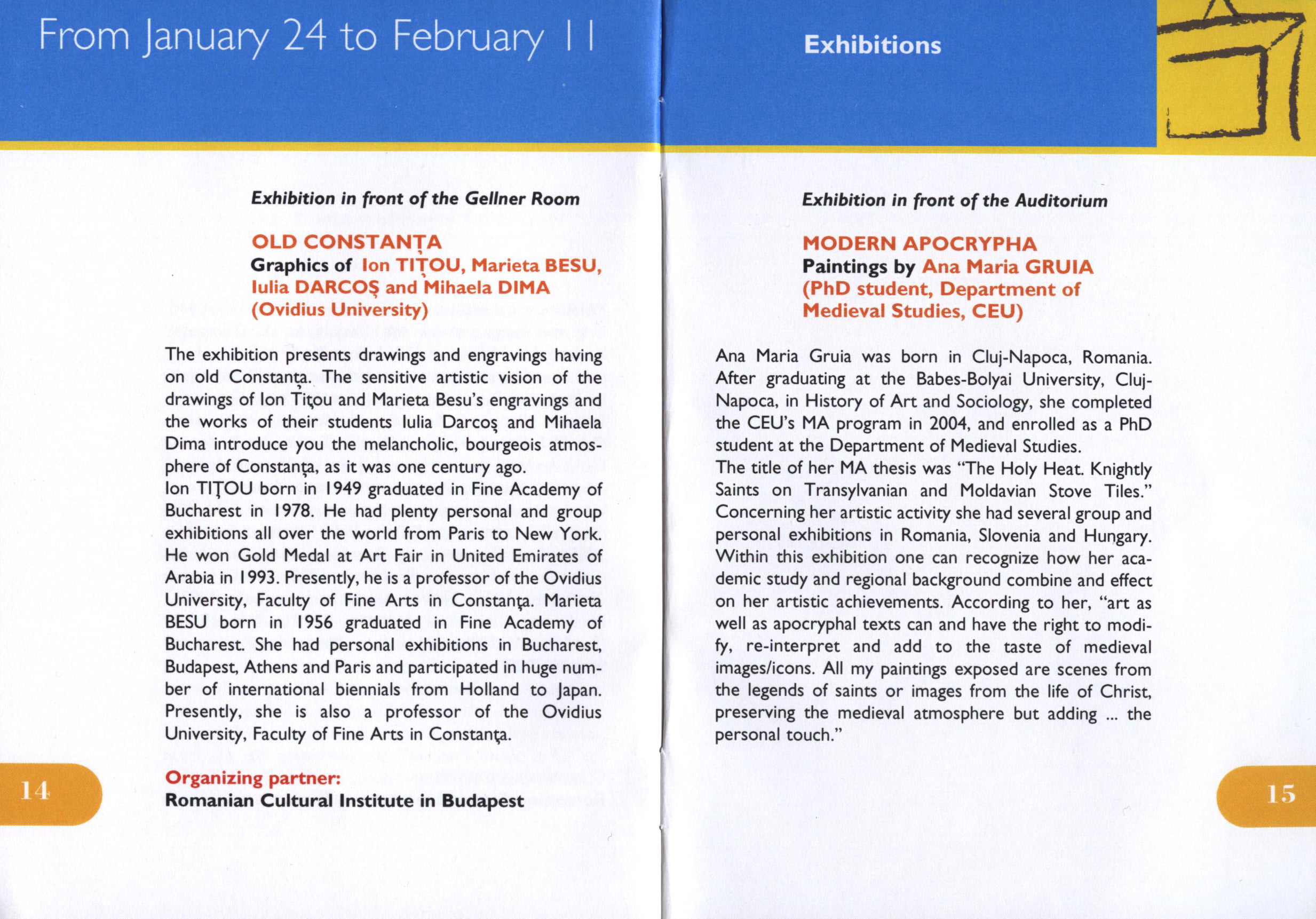 The exhibition “Modern Apocrypha” was part of the Romanian Cultural Week organized by the Central European University, Budapest, in January-February 2005.

INSTEAD OF AN OPENING

Since there will be no opening for this exhibition I thought we could do it another way. Here I am writing to you, as a frozen speech from the artist to the beloved audience.

Theoretically speaking, I believe that painting is not literature, in the sense that an image does not need an explanation or a description. In practice, I myself enjoy much better an exhibition which displays stories, both in images and in words.

This story is a Romanian one because my eye is impregnated by the orthodox icons, it is medieval because I am fascinated by the legends of the saints, it is general because it is about color and texture and decorated surfaces.

I believe that art, as well as the apocryphal texts, has the right to modify, re-interpret and add to the taste of medieval images. All my paintings exposed here are scenes from the legends of the saints or images from the life of Christ, preserving the medieval atmosphere but adding…the personal touch. They are visual apocrypha which preserve but in the same time modify their medieval models, they are my modern apocrypha. 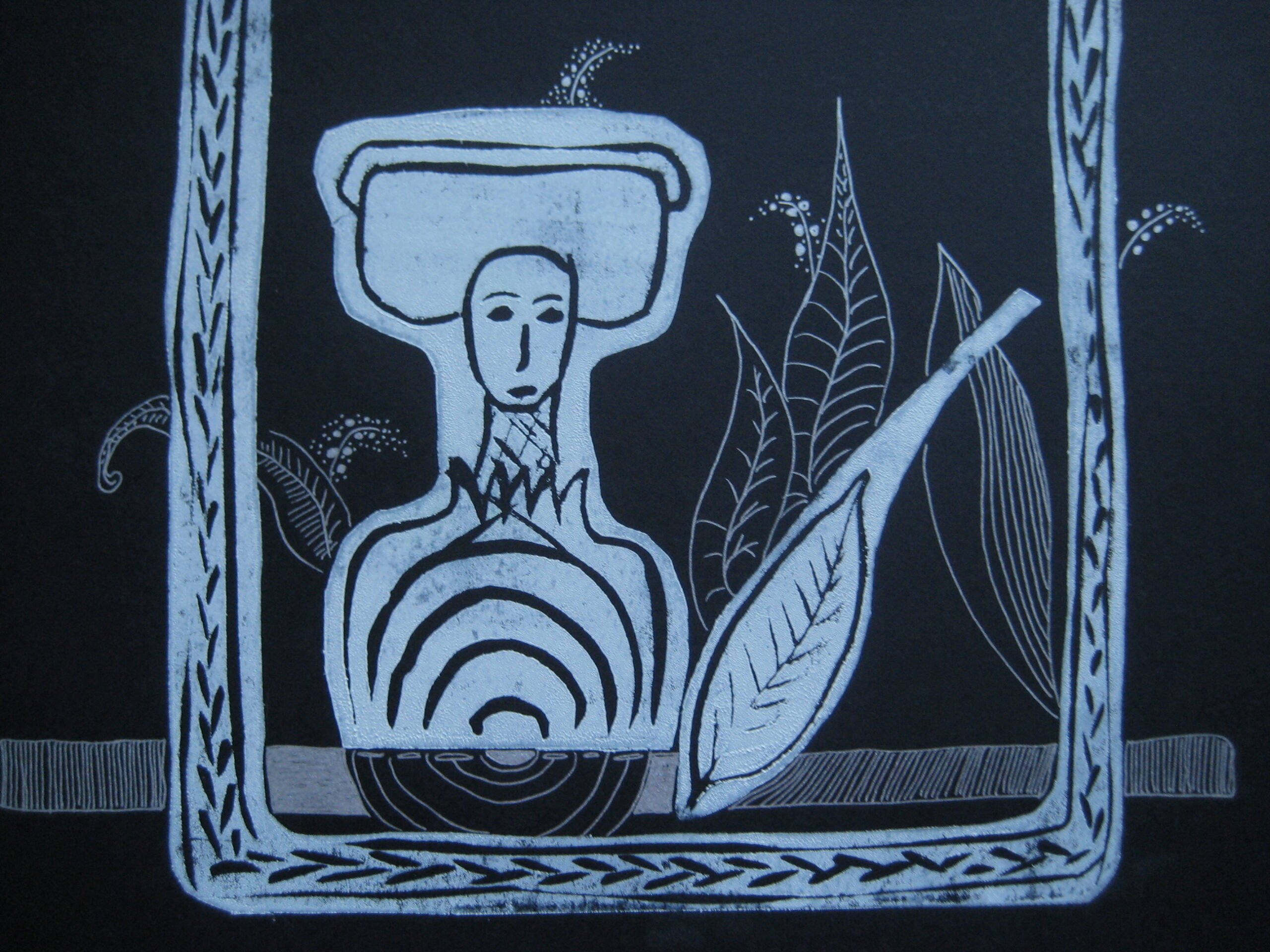 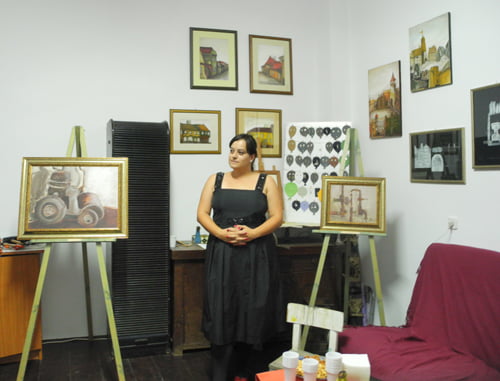 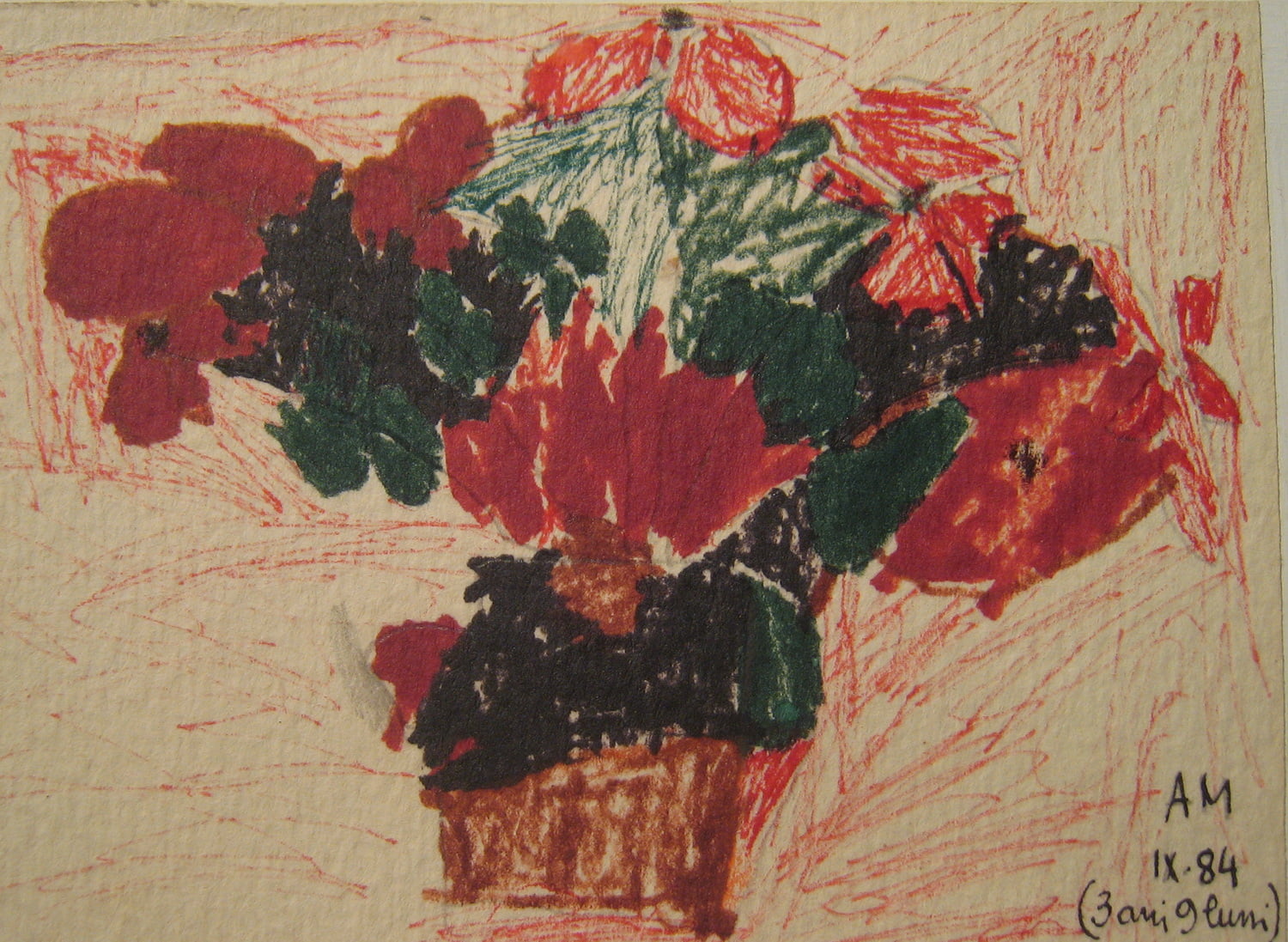 This website uses cookies to improve your experience while you navigate through the website. Out of these, the cookies that are categorized as necessary are stored on your browser as they are essential for the working of basic functionalities of the website. We also use third-party cookies that help us analyze and understand how you use this website. These cookies will be stored in your browser only with your consent. You also have the option to opt-out of these cookies. But opting out of some of these cookies may affect your browsing experience.
Necesare Întotdeauna activate

Any cookies that may not be particularly necessary for the website to function and is used specifically to collect user personal data via analytics, ads, other embedded contents are termed as non-necessary cookies. It is mandatory to procure user consent prior to running these cookies on your website.